Are E-Cigarettes right for me?

So, you’ve been a smoker for too long and you’ve always been aware of it’s detrimental effects on your health but the addiction to nicotine has overtime well and truly set in. You may have even tried going cold turkey and quitting altogether but that never lasted for too long, something, often trivial, always drew you back to opening a pack of cigarettes. You may have explored Nicotine patches and gums but you’ve since learned the craving is not purely for Nicotine but also the habit of holding something in your hand and that somewhat comforting and perhaps by now, therapeutic hand to mouth action.

They could save your life

Mid to Long term smokers may recognise the sentiments above and you’re wondering if E-Cigarettes are right for you in helping you to quit smoking. As an alternative to smoking, studies have shown using e-cigarettes are less harmful to your health than smoking tobacco. Scientists, Medical professionals and researchers all advise that quitting smoking and switching to an e-cigarette could save you from a premature death. If that’s of importance to you then that’s one good reason for switching over to E-Cigs.

Our E-Liquids have also been toxicologically tested and also hold CE and RoHS certificates.

What about the Nicotine?

A common misconception is that Nicotine is the primary dangerous chemical found when smoking traditional cigarettes. This is a myth that has been put to bed by repeated studies on Nicotine and the effect it has on the human body. In fact Nicotine is one of the few chemicals found in cigarettes considered not to cause cancer.

Most of the problems associated with smoking are not caused by Nicotine, it’s the other thousands of chemicals produced when Tobacco burns inside a cigarette, many of which are carcinogens and others which cause a wide variety of health problems from problems with eyesight and fertility to increased rick of strokes and heart attacks.

Nicotine is added to the e-cigarette because it is the addictive chemical in cigarettes which smokers crave when they attempt to quit. Nicotine in e-cigarettes helps smokers succeed in their fight to quit smoking for good.

Smoking is an expensive addiction, and as taxes are increased on all cigarettes annually they continue to pinch the pocket harder and harder. A smoker, smoking around 10 cigarettes a day would save around £1700 per year, that’s around £140 per month! Exactly how much you save will depend on how many cigarettes you smoke a day and how often you smoke your e-cig. We have some great discounts for bulk buyers which helps you save even more money and our existing customers save even more as they collect Matchless coins with each purchase redeemable against their orders.

Use our handy little savings calculator on the homepage to see how much you could save based on your smoking habits.

Freedom to use in more places

The days of smoking in pubs, clubs, restaurants or even your local barber have been designated to the past. E-Cigarettes users can still legally use their devices in most public places, indoors and outdoors. Some UK airlines even sell e-cigarettes on their flights (Matchless Premium BA Kit was previously sold on British Airways flights). I've even seen people vaping in the aisle of supermarkets as they do their shopping. Although, some establishments may choose to ban them from their premises.

Most smokers whom switch over to e-cigarettes report an improvement in their ‘smokers cough’ after switching. 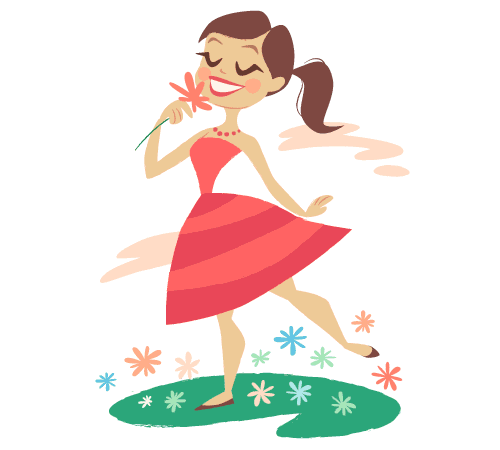 Another change almost invariably described by all those who quit smoking and those who switch to vaping is the improvement in taste and smell. Pleasant smells you didn’t notice as often before will begin to catch your attention again as your old olfactory system starts to recover from years of smoking. Foods will begin to taste as good as they did once before. It may be wise to hurry and quit smoking as soon as possible if you want your taste buds to stick around a little longer – a recent study by Pitié-Salpêtrière Hospital APHP in France suggests some taste bugs are irreparably damaged by smoking, affecting the ability to taste bitter substances such as the bitterness in coffee.

A different but same experience

We’ve discussed at some length the benefits E-Cigarettes bring to you when switching over from cigarettes, but you’re probably also wondering how they compare in experience to normal cigarettes. For many ex smokers this comparison will matter in helping them decide whether or not to switch to e-cigarettes and staying committed to the switch.

The hand to mouth action remains unchanged by switching to e-cigarettes, a familiarity which helps many ex-smokers to stay committed to e-cigs rather than relapsing to smoking again. One thing you may notice is some are e-cigarettes are larger and a little heavier than your tightly rolled tobacco and paper. This is because e-cigs are electrical devices with battery and other components to carry and the casing to hold all that together. How heavy your device is will depend on which e-cig you use. The Matchless Disposable E-Cigarette and Rechargeable E-cigarette are quite closer to the real thing in weight (and looks plus taste). While the more sophisticated Matchless Variable Voltage E-Cigarattes come with more gadgetry and are heavier.

According to most vapers coming from smoking, the weight is only noticeable for the very first few days, for most vapers it becomes a non issue after a few days after which they don’t even notice the weight difference any longer.

The taste can vary wildly and that’s because there’s an enormous variety of flavours available. Most smokers look for a taste similar to the Tobacco flavour they grew accustomed to during their smoking years. For them Matchless have produced a Tobacco flavoured E-liquid and Cartridge which reproduces the taste of tobacco quite closely (and that’s according to our customers). After a while many vapers tend to experiment with more exotic flavours.

Or commonly referred to as the throat hit is the impact of the smoke or the vapor you feel when you inhale. The Throat hit can vary from device to device. The Matchless Disposable and rechargeable e-cigarettes aim to produce a throat hit very similar to a real cigarette. For many, a harder throat hit becomes a pursuit and for those the Matchless Variable Voltage e-cigarettes allow them to control the intensity of the throat hit.